It gives us great pleasure to share with you and announce the dates of the 18th Paradise Jazz Festival which is going to take place at the beautiful Village of Pomos in the Pafos District:
Friday the 18th and Saturday the 19th of August 2017 at Paradise Place venue.

It gives us great pleasure to share with you and announce the dates of the 18th Paradise Jazz Festival, which is going to take place at the beautiful Village of Pomos in the Pafos District:
Friday
the 18th and Saturday the 19th of August 2017 at Paradise Place venue.

The program that we will present this year is shaped in order to keep the Festival`s quality standards and to reflect in the most fairly way what it becomes to be the music reality of our island. In total is richer and refreshed, not so much according to names, but ideas, collaborations, and ultimately with fresh inspiration. Besides of TriCoolOre, who they appear for the first time at our Festival, but are on the firmament for many years, all the other music shows are current musical explorations of Cyprus Jazz Musicians, who seem to be more interested in how to open their musical horizons rather than to create a career band and to make records. Either way, no one of this year`s projects has appeared on a PJF before.

We will start on Friday time 9.30 pm, with the “NCY Trio” which plays compositions of Nikos Charalambous and a few arrangements by each member. Songs from Nikos had shaped the sound of the band and took the musicians to certain directions of melodies, rhythms, and soundscapes. Through these tunes, the band is expressing and constantly questioning itself. The members are interested in finding beauty in moments of intensity and melodic/rhythmic development but also looking to stretch the meaning of tension and release within the boundaries of what sound is. Nikos himself is on electric guitar, Kyriakos Kesta on double bass, and Omiros Miltiadous on drums.

Next at about 10.30 pm, we will continue with the “Trio Misterioso” which is a newly formed group based in Cyprus and consists of Ermis Michail on guitar Andreas Rodosthenous on bass, and George Koulas on drums. Their music is influenced by contemporary music elements of blues, jazz, and funk. They play a mixture of original compositions and original arrangements of recognizable songs of our era, approaching them through improvisation with emphasis on a strong thematic melody while being faithful to the individuality of each song.

At 11.30 pm one more trio will appear on stage which will end Friday`s official program. The “Mighty Sugarance Trio”, with Marios Takoushis on keyboards and vocoder, Cahit Kutrafali on electric bass, and Stelios Xydias on drums, is one more newly formed trio that plays a raw mix of original electronic jazz and funk. With a touch of robotic vocals, deep basslines, and fiery grooves they translate virtuosity into something that hits you right in the heart.

Friday looks pretty good and it is not over yet. We have the jam to follow and Friday`s jamming are the most spontaneously…

Saturday time 9.30 pm we will start with Alkis Agathokleous Quintet which presents EUPNEA, a project that introduces Alkis Agathokleous`s new compositions. The pieces originate from the groundwork of his previous project, Kafeney Houseband, which was a collaboration with Savvas Houvartas: distinctive melodies with strong transitions in dynamics, flexible grooves, and a modal harmony that allows individual musicians to improvise creatively on the spot. Ney, an instrument with roots in Central Asia several thousand years ago, is the main axis; however, in this case, the ney is not used as an oriental instrument, but rather as the ‘voice’ of the electric ensemble. Consequently, the result is a fusion of various genres of music: strong jazz influences, as well as ethnic and stoner stimulus, have always been a characteristic in Agathokleous body of work. Each experimental composition is a distinct album of images since it progresses according to each musician’s intervention on stage. It is a colorful journey of sound that has several modules and combines East and West with unprecedented mastery. Alkis Agathokleous is on ney, Elias Ioannou on trumpet, Ermis Michael on guitar, Andreas Rodosthenous on bass, and Andreas Stefanou on drums.

At 10.30 pm the choreographer/dancer Milena Ugren Koulas and drummer George Koulas will present us the first dance/musical show that takes place in Paradise Jazz Festival called Happiness. According to Aristotle: “Happiness is the ultimate end and purpose of human existence. Happiness is not pleasure, nor is it virtue. It is the exercise of virtue. Happiness cannot be achieved until the end of one’s life. Hence it is a goal and not a temporary state.” Extremely appealing theme…

The official program of the 18th Jazz Festival Paradise will end at 11 pm with the TriCoolOre and the beloved and renowned trumpeter Pantelis Stoikos from Greece. They are going to present us mostly tracks from the album “World Without Words“:
How much of our ‘humanity’ can we retain amidst the countless plots unfolding all around us? What standard is there for its measurement? What’s our position, our point of view… our own part in what we are witnessing? What is, in effect, our inner truth? How does that survive there, inside us? How does it affect our surroundings? And how is it transmitted? Can music on its own, without words, reach that truth, and measure, conclusively, our humanity…?
Musically the TriCoolOre are incorporating the wider tonal spectrum that influences the Trio’s geographical base (Nicosia), into the global character of that music which thrives on improvisation. The band features as we mentioned before Pandelis Stoikos, a musician who combines traditional sounds of the region of Macedonia with elements of jazz and classical music creating a unique style of his own. A last-minute addition is the Acoustic – Electrical – Fretless guitarist Dimitris Lappas who also took part in the recordings of Tricoolore`s album. The trio consists of Nikos Doukas on bass guitar, Angelos Doukas on the keyboard – e. piano, and Vassilis Vassiliou on drums.

On Saturday`s jamming, around midnight, our special guest Andreas Panteli(piano) is going to open and organize the session.

Tickets cost €12 for each night while children less than 14 years old have free entrance. There will also be food and drink at reasonable prices.
There will be some changes to the site, such as adding a new bar at the higher up level area, some important details here and there to make more comfortable the moving around, operated showers, etc.

It gives us great pleasure to share with you the dates of the 18th Paradise Jazz Festival, which will take place at the beautiful Village of Pomos in the Pafos District. Friday the 18th and Saturday the 19th of August 2017 at Paradise Place venue.

Relax, chill-out, kick off your shoes, sip on a long refreshing drink, and enjoy the company of staff, after all, you are in Paradise. The Place is unique. Situated in Pomos, in the north-western corner of Cyprus, the area blessed with a wonderful dramatic rocky coastline and villages where time is still valued. The building is delightfully quirky in character: but then, it is the home of the famous Paradise Jazz Festival. 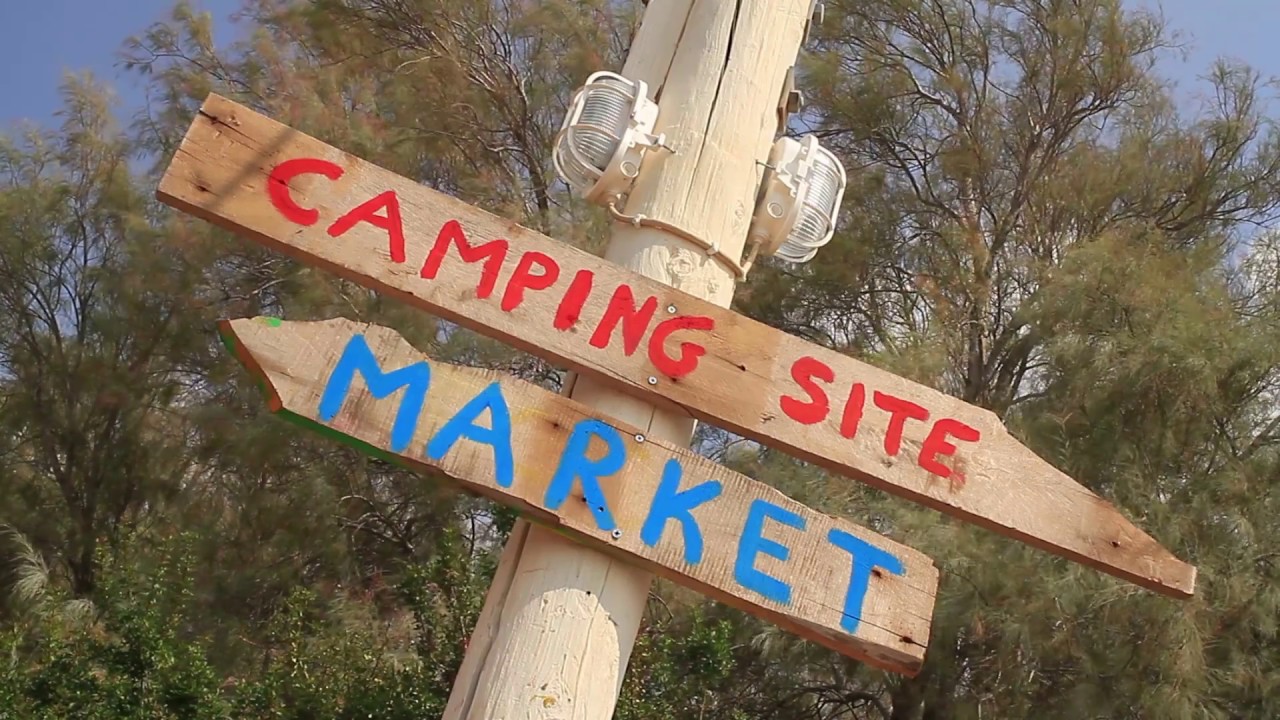 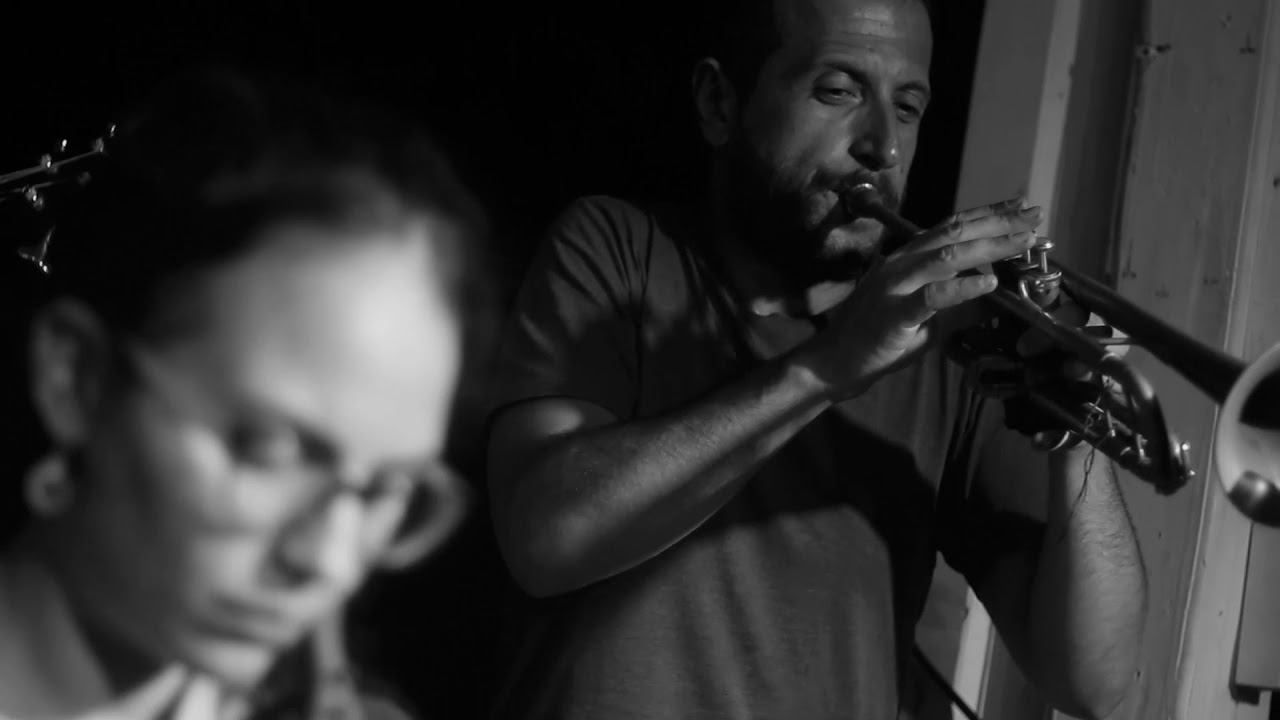 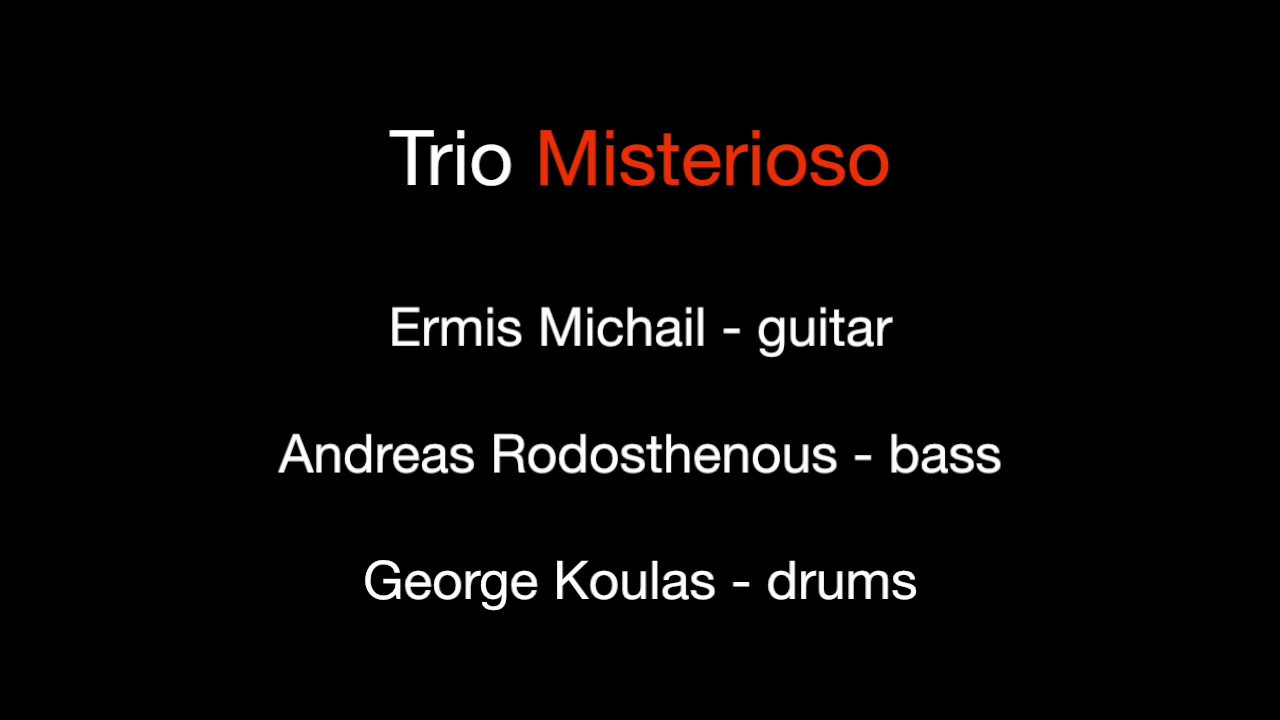 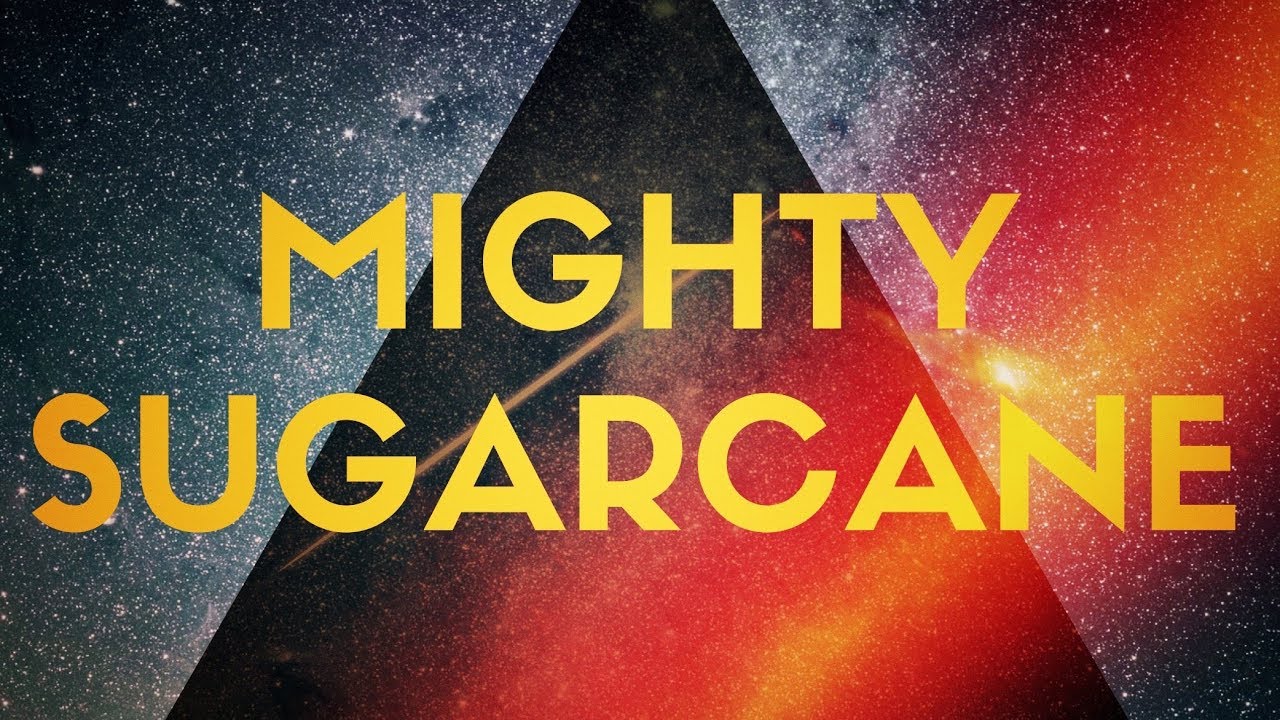 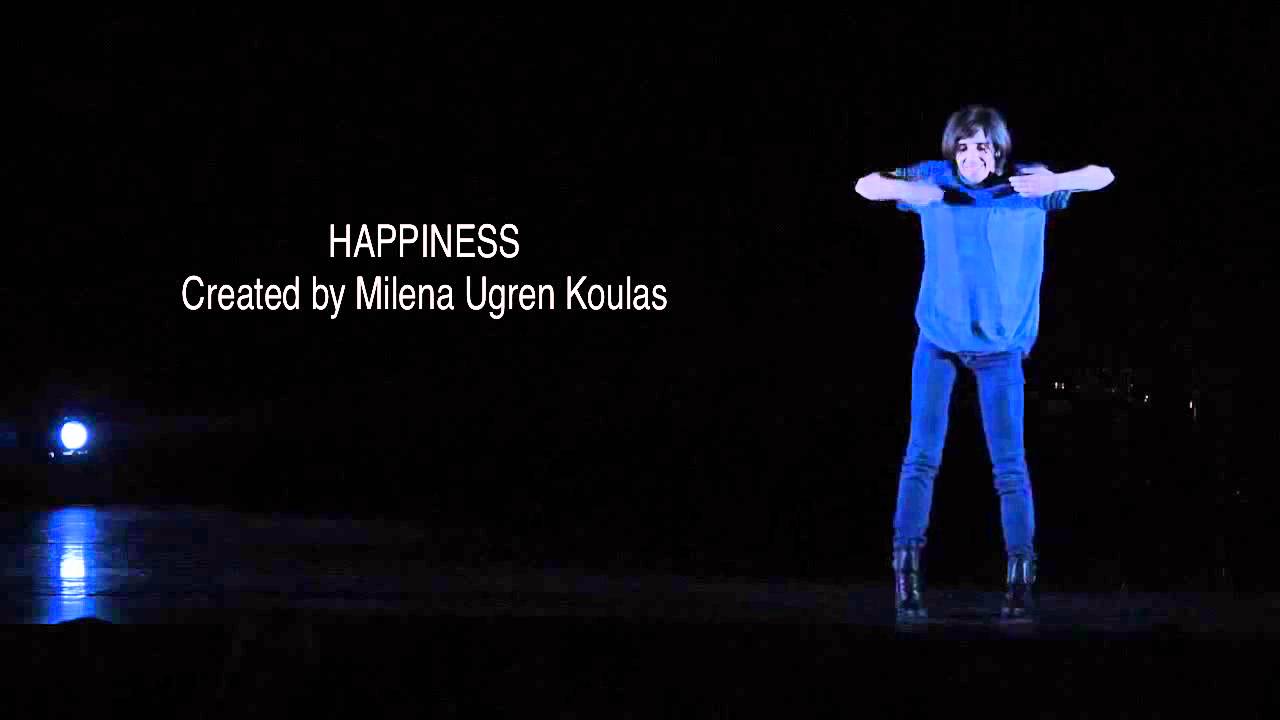 Since its establishment in 1999, Paradise Jazz Festival has become a household name for music and profoundly jazz lovers all over the island and even internationally. Each year we take pride in presenting our unique selection of jazz melodies and uniting jazz lovers from all over the beautiful island of Cyprus in moments of harmony and happiness.
We thank them all, musicians, our fantastic audience, and our sponsors who without their psychological help and financial contribution in these difficult times, our events would no longer exist.
Another great-great thank you goes to all volunteers who each one of them is helping us with their own way to organize this event in its finest way. Their help is touching our hearts and is boosting our creativity.
"We're an expanding group of friends with respect to nature and love to music who gets together once a year in a place full of inspiration, sunsets, moons, breeze, and sea, with the mood to celebrate and share quality timeless moments … Everything happens with a simplicity that is hard to find".

By the Cyprus Jazz Musicians & The Orange Train